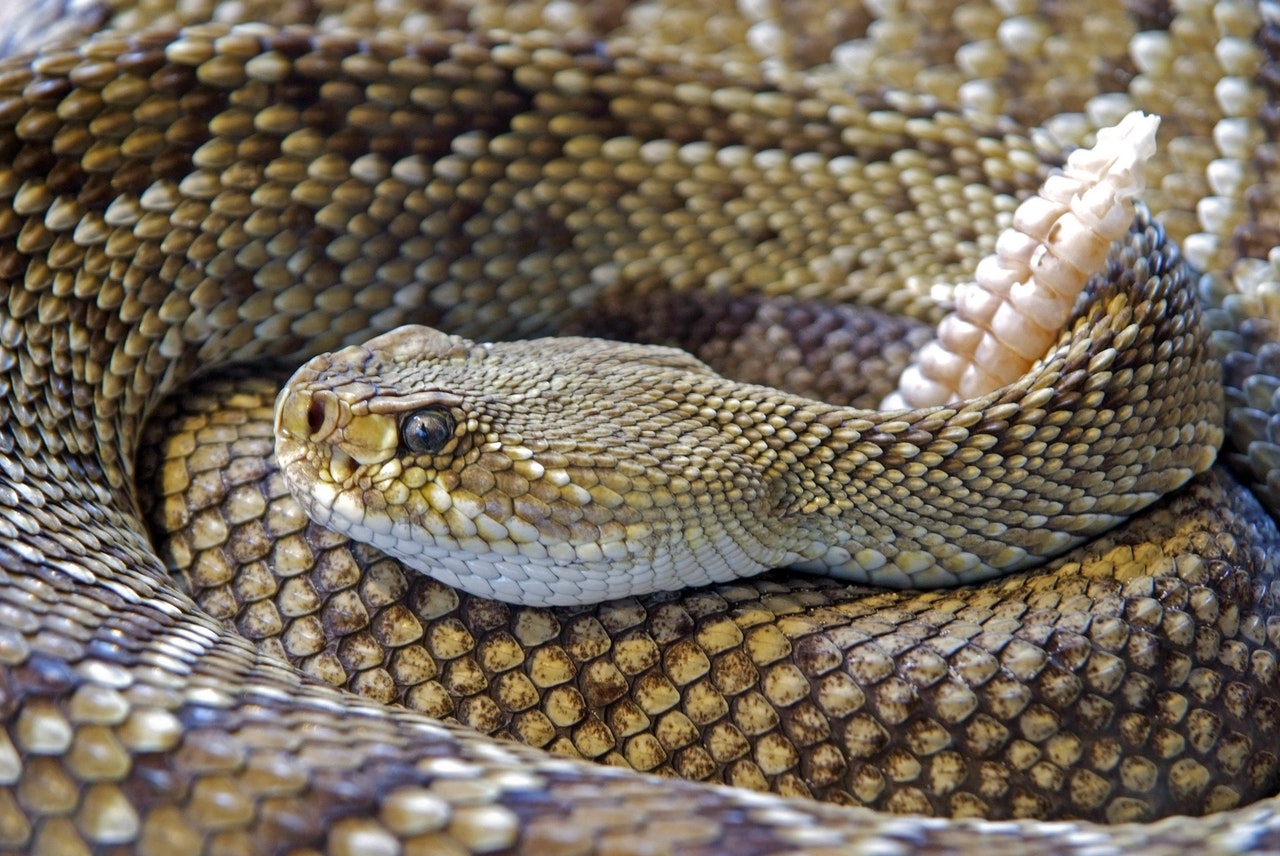 Most everyone knows that rattlesnakes are bad news. What a lot of people don’t realize is that drought conditions, like those we typically experience in Texas, often drastically increase the chances of snake bites because the snakes venture farther from their nests looking for food and water. And we’re not just talking about snakes being out in secluded areas or in the wild. They can be found inside the city limits—even in fenced back yards.

How bad is a rattlesnake bite, really?

That depends on several different factors: the amount of venom that was injected, how long it has been since the snake last fed, the location on your pet’s body of the bite, your pet’s body weight, and how much the pet moves after being bitten. Some bites cause minor swelling and a bit of pain, and others are deadly within a matter of hours.

So how serious is a rattlesnake bite? The short answer is this: it can be very, very serious. If your pet gets bitten, you should consider it an emergency and seek veterinary treatment immediately.

What happens when a pet gets bitten by a rattlesnake?

Sometimes the snake doesn’t inject any venom into the pet’s body. In such cases, the pet will simply have a small area of pain, swelling, and bruising around the bite site. If envenomation does occur, the venom can affect one or more of your pet’s body systems, and can cause problems with the heart, the nervous system, and the blood’s ability to clot. These bites can be extremely dangerous, especially for small pets, and often prove fatal.

The majority of snake bites occur on pets’ heads and necks, but some bites do occur on the extremities or on the trunk of the body. Bites on the main part of the body are often the most difficult to treat because any venom that is injected goes directly into the pet’s chest cavity, where so many of the major organs are.

How do I recognize a rattlesnake bite?

An animal that has been bitten recently (within an hour) by a rattlesnake may show one or more of the following visible signs:

An animal that was bitten by a rattlesnake several hours earlier may show any or all of the above signs, as well as one or more of the following signs:

What should I do if my pet has been bitten by a rattlesnake?

Do not cut the wound open, try to suck the venom out, apply a tourniquet, or apply ice to the site of the bite.

What will my veterinarian do?

The absolute best treatment for rattlesnake bites is antivenin. However, because the process of obtaining it (it has to be harvested from live snakes by snake wranglers) is so dangerous, it is very expensive. Sometimes multiple vials are needed, especially if the animal is small and/or receives multiple bites.

Even without antivenin, we can take steps to treat your pet: we will keep him quiet and immobilize the bitten area, as well as clean the area around the wound (if his pain level allows us to do so). The veterinarian on duty may also administer antihistamines (to reduce swelling), IV fluids (to prevent low blood pressure), and/or corticosteroids (for the shock), and she may give your pet oxygen if he is having trouble breathing. Pain medication and antibiotics (to prevent secondary infections) may also be given, and repeated tests that check for bleeding and organ damage will be recommended for up to 48 hours.

The length of time your pet stays at the hospital will vary, but sometimes snake bite victims require almost constant observation for anywhere from 12 to 96 hours after being bitten. The reason for this extended period of time is that many of the more serious internal effects may take several days to appear.

What can I do to prevent rattlesnake bites?

When you’re not around, there’s not much you can do; sometimes pets get bitten by a rattlesnake simply because they’re curious about this creature whose wagging tail makes a strange noise. If your dog jumps on one because he wants to play with it, he’s liable to receive a fairly serious bite (or two), and all you can do is hope that you’re around to spot the signs and get him to a vet clinic. If you live outside the city limits or on the outskirts of the city, especially if there’s a field near your house, it’s possible that a snake might come into your back yard looking for water. We at the SAEC have seen numerous cases of snake bites from within outlying Amarillo neighborhoods such as City View.

However, the majority of pets that get bitten by rattlesnakes are protecting something when it happens—and often, the thing that they’re protecting is you. Always be aware of your surroundings when you first go outside with your pet, especially if you live in an undeveloped area. Be cautious of holes and crevices between rocks: rattlesnakes enjoy a good sunbath, but they prefer dark, shaded, enclosed areas. If you live near an area with prairie dog towns, pay attention to the holes. A section of a prairie dog town that doesn’t have a bunch of little heads sticking out of the ground has more than likely become a rattlesnake town instead. And they won’t be very deep in the holes; they’ll be close to the surface.

Also, be particularly careful if you’re traveling or if you go hiking. Rattlesnakes are prevalent in and around area truck stops and rest areas—this includes inside the buildings as well. There is a high concentration of rattlensnakes in Palo Duro Canyon, too. Be especially careful in the spring: the warm weather brings the snakes out of their nests, and they will be hungrier and often more venomous than in the summertime because they won’t have eaten much during the cold spell. If your pet gets bitten while on a hike in the canyon, 1) take off his collar and 2) do not run with him back to your campsite. Get back to your car (and then to a vet) as quickly as possible, but try to keep him from getting agitated, because excitement will only cause the venom to spread through his body more quickly.